John William “Bill” Bass, Jr. created South Georgia Law Associates LLC in 2014. Mr. Bass had previously practiced law in Cairo under The Bass Law Firm, LLC, together with his father and a number of other attorneys over the years. Upon the move to Thomasville, Bill decided to revamp his law practice and restructure how he practiced law, and the change of name was part of that restructuring.  In reimagining his business, Bill believed that he could change the way law was traditionally practiced by actively seeking to be more accessible and personable to his clients than lawyers had been historically, and to use new technology to his advantage to reach a new generation of clientele in the South Georgia region. 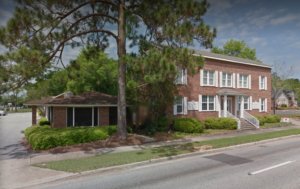 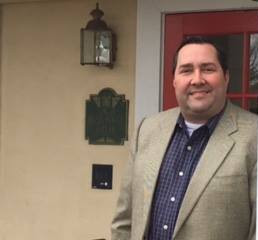 Bill Bass, Jr. is the managing partner and sole member of South Georgia Law Associates LLC.  Bill is a 1992 graduate of Huntingdon College in Montgomery, Alabama, where he received a BA in Chemistry while minoring in Biology.  He attended the Walter F. George School of Law at Mercer University and received his juris doctorate in 1996.  He has continuously practiced law in Cairo and Thomasville, Georgia, for 20 years, in a variety of fields.  Originally he worked with his father, Hon. John William Bass, Sr., who now remains “of counsel” to South Georgia Law Associates LLC.

Bill hails from Opelika, Alabama and has lived all over the south.  He and his family have lived in Cairo, Georgia for over 30 years.  He graduated from Cairo High School in 1988.  He is married to the former Kelly Pusey of Ocilla, Georgia, since 1997. Bill and Kelly have three children, Cooper, Caroline and Ava.

In addition to the practice of law, Bill enjoys golf, football, reading, writing (both professionally and personally), playing with his children and his dog Daisy, and dabbles in political science.  He hopes one day to help pioneer the practice of collaborative law in divorce and custody cases in Georgia, a method of practice that forces the parties to sit down together and utilize a number of professionals to make an informed and agreeable settlement to critical issues involving children which uses the court system only as a failsafe.  He also enjoys taking on the occasional odd case to make a point or to help create new law.